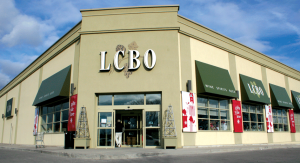 Like most industry professionals, I could regale you with hours of anecdotal evidence that the LCBO is an over-privileged monopole that has no regard for its customers¹, private or licensee. I could complain about a lacking selection, fees and taxation driving up prices and a bottle-necked logistics department for importing, distribution and licensing. Furthermore I could argue that it stands as both a deliberate and incidental roadblock for individuals and restaurateurs trying to broaden their wine and beer horizons. The tone of such arguments (which have been made for decades) has now evolved into something profoundly aggressive. Many writers and critics of varying degrees of fame and respect (Jan Wong, Mike Mckenna, John Szabo) have gone so far as to predict or even demand the end of the LCBO.

But perhaps we can find a couple of things to appreciate about the LCBO as it may not be around for that much longer (we can only hope…)!

One of the things of value worth considering is the wine selection that is available at the LCBO to consumers outside of the major urban centres. In small cities and towns where “the invisible hand” determines what kind of wine shops open (and stay open) and what those proprietors stock, the selection is rarely more than a notch above pathetic. They offer only what sells and have zero market incentive to broaden the perspective of their customers. In Ontarian towns with as few as 25 000 inhabitants², the majority of Vintages New Releases are available (albeit in small quantities) for those who follow blogs or critic reviews and are looking to pick up the newest wine in town. And you’ve got to be a pretty savvy wine drinker to be searching out new wines biweekly or even monthly!

Even in bigger cities, there are limitations as to what the free market can provide. I was excited for my parents as they were recently preparing to move to Calgary (the third-largest city in Canada, by the way). They drink wine almost daily, buy wine very regularly and even subscribe to the Wine of the Weekend newsletter to get ideas for their Saturday dinner selection. I would certainly categorize them as “on the affluent side”. In Alberta, liquor is sold in variety stores, grocery stores and by anyone who bothered to apply for the license. I imagined that they would have an opportunity to explore the endless world of specialized wine shops with knowledgeable and (perhaps even) friendly staff. I was distraught to discover that they only regularly shop at the liquor stores that are geographically convenient for them, all of which focus on domestic beer and Bourbon. They describe “one really expensive shop” in their immediate area that they find to be irrelevant and/or intimidating. My parents miss the LCBO. All three locations that are in a 5km radius of their Mississauga home. They tell me all the time.

For the less-than-affluent who will typically drink the same wine/style/brand in a mentally-fixed price range, the LCBO offers hundreds of locations conveniently located with a consistent stock of all the “major” brands that sommeliers and critics love to hate. Sure, these are mostly mass-produced industrial-agriculture products owned and distributed by enormous, faceless multinational conglomerates. But so are the vast majority of all consumables purchased in North America. And this doesn’t seem to bother the average person either.

We in the wine community/industry must recognize that we are a small percentage of the population. We are the group that laments the limited Kekfrankos options, the absence of Finger Lakes AVA shelf and that we just can’t find any up-and-coming Patagonian producers that we’ve read so much about. The reality is, in perfect accord with its socialistic origins, the LCBO does serve the vast majority of people quite effectively.

For those of us who are in the city, we should at least show some gratitude for the LCBO Tasting Bar. Seriously. Aside from the embarrassingly-short hours and hit-or-miss representative behind the counter, the tasting bar provides an opportunity to taste iconic wines and spirits from around the world as well as those the average customer might actually buy after trying. Personally, I was glad to find Masseto (Antinori’s Super Tuscan answer to Pétrus) on the tasting bar recently at Summerhill LCBO in Toronto. I happily paid $10 for a single ounce as it seemed unlikely that I was going to shell out the $500 required to take home the bottle.

Finally, I’ll slide you one gem well-worth appreciating the LCBO for: if you don’t like a wine, you can take it back. That’s right. It doesn’t have to be “corked” or faulted. If you get your bottle home and it’s not what you were expecting, you don’t feel like you got your money’s worth or you just plain don’t like it, take it back. They even have a “reason for return” button in their computer system called “customer dislike”. Now, they will ask for your name and address, and if you return multiple $300-bottles of wine, you may generate some suspicion. But generally speaking, this is a standard procedure. And don’t worry, the transaction will come complete with the complacent, glassy-eyed stare of an LCBO union employee, so you need not fear any human judgement.

So the next time you’re in the LCBO scouring the aisles for a product consultant that either might be able to direct you to what you’re looking for or smile when you say hello (not both), take a step back and try to appreciate what we do have. Admittedly, it’s a bit like trying to appreciate three square meals a day while federally incarcerated. But we just might miss the LCBO when it’s gone. Maybe.

¹I would like to thank the handful (six to be precise) fantastic LCBO employees that I have had the privilege to seek the advice of and receive excellent service from over the last few years. Please keep doing what you are doing. Unfortunately, most of your colleagues are as described above.
²Based on some simplified research using New Releases newsletters and the LCBO website to determine stock-on-hand. Also worth noting that the availability of Vintages releases falls off very sharply in towns with a population smaller than 25 000.

View all posts by SommOntheRun

You are welcome to my opinion.

Blogging is the ultimate exercise in vanity. Inherent to the act is the belief that my opinion is relevant to others: strangers and friends alike. The irony is that were I an expert, that is if my opinion held any actual value, I could earn income by sharing it. So until someone wants to pay me for it, my opinions will be available here, free of charge.